NVIDIA has just announced its new range which features a mix of Pascal Quadro graphic cards and the flagship Quadro GP100 design for more compute workflows. The announcement came during the SOLIDWORKS world Annual Trade Show held at the Los Angeles Convention Center. This is an annual tradeshow that showcases hardware and software developments and is also commonly used as a platform to launch new innovations. This year, NVIDIA took the opportunity to use this platform to launch a multitude of Pascal based products for professional Workstations.

The first Pascal Quadro cards were launch with great success back in mid-2016 with the high end visualisation and VR focused Quadro P6000 & P5000 based on the GP102 GPU. Now they are completing their Pascal Quadro line up by introducing the P400, P600, P1000, P2000 and P4000. In additional to their usual 7 card line up of Quadro’s this year NVIDIA are introducing an 8th, the High End GP100. This card is unique however, not designed to supersede the P6000 as the most powerful GPU in the line-up. But in fact is a side step more focused to those wanting to perform High Precision Simulation & Analysis workflows such as, FEA, CFD, Deep Learning. We envisage that this will be of particular interest to those in industries such as Medical, Oil & Gas, Defence and others that have traditionally made use of NVIDIA’s Tesla range design for servers and datacentres. Now the GP100 delivers the performance required in their desktop Workstation rather than rack based Servers.

The new graphics card comes loaded with the same GP100 GPU as the Tesla P100, complete with a PCle interface. The Quadro GP100 is built differently compared to previous NVIDIA desktop Workstation based cards. Its functions are also different even to the other Quadro’s and in place of single precision(FP32) being the primary focus, ideal computer graphics applications like GPU rendering. The Quadro GP100 has been equipped to perform FP64 operations exceptionally well. FP64 is a favourite when it comes to scientific research applications where 64-bit mathematical precision is required.

The new line-up that NVIDIA has launched are targeting people working with Virtual Reality, content creation, deep learning, and complex simulations. According to a report written by the company, the new features that come with the product have the capacity to deliver twice the performance of previous generation models, which will, in turn, transform the current workstations to supercomputers. This, in turn, means tasks will take shorter periods of time to accomplish, potentially leading to greater returns on investment.

In the current situation, data sets keep growing in size and complexity in various fields such as artificial intelligence and photo-realistic CAD. This issue was the inspiration behind the new product as now users can carry out design, simulations, high-performance number crunching on the same workstation as well as rendering.

The GP100 is in a class of its own and has over twenty Teraflops of power (FP16) and unprecedented double-precision power. Other features include:

What about the Rest of The Range?

In addition to the GP100, the rest of the Quadro gang also includes P400, P600, P1000, P2000, and P4000 which offer a broad range of performance variations. This is to make the Quadro range affordable for every pocket and various needs of the market. They are an addition to the already existing range of P6000 and P5000 card based on Pascal Quadro. The Quadro P4000 and GP100 were designed as virtual reality ready support and they can manage up to 4 concurrent 5K HDR displays. From one single workstation, up to a maximum of 32 4K displays that can be run using 8 Quadro P4000 cards. The lower end models are ideal for CAD design workflows and potentially smaller enclosures and as they are fitted with smaller coolers as well as low profile designs.

Of special note is that the Quadro P2000 which comes with 4 DisplayPort 1.4 connections. The GP107 GPU will replace the Maxwell GPU’s, and the primary objective of the new Quadro family is to combine NVIDIA’s GPU units to be one big integrated family. The Quadro series will be replacing the K & M range of products until they are completely phased out. For example, the Quadro P400 will replace the K420 which happened to be the final product in the Maxwell based series. NVIDIA has also ensured that the performance of every renewed series doubles at least in certain workflows, in addition to improved designs and continued compatibility and support with major software applications.

In NVIDIA’s announcement, NVIDIA mentioned that the cards would start arriving in March. The company did not announce the prices but request a quote from our store and we will contact you as soon as this information becomes available. To request a quote visit our Quadro page. 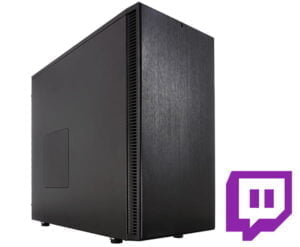 Live streaming via services such as Twitch is becoming more common thanks to the advancements in computing hardware and faster domestic internet connections. People can

There are more computer hardware options than ever before, making it harder to decide what the best Workstation is for your needs. Questions such as 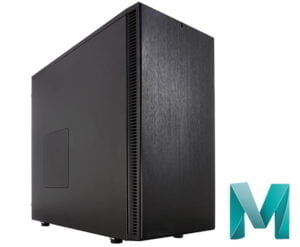