SM961 is Samsung’s latest high-performance client PCIe SSD for OEMs. Can this drive improve your computer and application performance? Read on to find out.

It is no secret that Samsung is one of the world’s largest manufacturers of SSDs and NAND flash memory. For several years, the company has worked tirelessly to improve the features and performance of their SSD drives. This is evident from the company’s worldwide campaign to promote NVMe and PCIe SSDs which so far has been successful.

One of the first high-end PCIe SSD for OEMs which benefited from this new technology was the Samsung XP941. Since its introduction in the market in 2014, professional workstations and enthusiast users have utilised this SSD technology to improve the performance of their hardware.

This year, the company has realised that their previous models of SSDs can be significantly improved in terms of sequential read and write speeds. This is the main reason they have introduced the SM961 and the PM961; two product families which will raise performance bar.

The SM961 SSD comes with the new Samsung Polaris controller; one of the low-cost high-performance SSD controllers that many professionals and enthusiasts have been waiting for. The Polaris 5-core NVMe controller replaces the 3-core Samsung UBX NVMe that had a much lower sequential speed. Besides the Polaris platform, the drive will also feature a PCIe 3.0 x 4 interfaces with M.2-2280 form-factor while utilizing the NVMe protocol.

The SSD provides up to 3,200 MB/s of sequential performance, one of the reasons everyone is interested in the drives. This speed is 800 MB/s faster than any previous enterprise SSD. This is a massive increase to sequential read/write speeds that we are sure will improve the performance of your workstation and applications. Typically, when a drive has the highest sequential performance, its price also increases. With Samsung’s SM961 SSD, the opposite is happening. You will find that the price of SM961 is comparable to that of the previous generation SM951.

In addition to Samsung’s new high-performance SSD controller, the SM961 is equipped with Samsung’s new 48-layer MLC flash. This new V-NAND Flash contain 256 billion bits making it 30 percent more power efficient than the older 32-layer 3-bit NAND. What this means is that the company has increased the density of the Samsung SM961 SSD and also improved its voltage and power consumption. Samsung also stated that the new 48-layer MLC flash improves productivity by approximately 40 percent compared to the 32-layer flash.

If your company’s productivity depend on high speed Storage, OS or cache/scratch drives, then Samsung’s SM961 is an SSD for you. The drive is available in four capacities: 128GB, 256GB, 512GB, and 1024GB.

Available data indicate that the SM961 1TB provides up to 400k random write IOPS. This puts this SSD squarely in the performance lead. Compared to some drives such as the Intel SSD 750 1.2TB which comes with 10k random read IOPS less, the SM961 1TB ranks as the best drive available in terms of performance.

To summarise if you are looking for a workstation with excellent loading times and application responsiveness. A Workstation from Workstation Specialists consisting of an integrated Samsung SM961 is the best solution for you. Offering higher random sequential read and write performance than ever seen before, experience you’re loading / saving times dramatically reduced and your workflow more fluent than ever before. 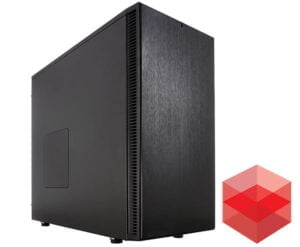 GPU rendering has become extremely popular over the last few years. And this is no surprise, thanks to the dramatic advancement of GPU capabilities. A