The Quadro M2000 card will be a great entry level and mid level professional graphics processor, a role previously filled by the K2200 NVIDIA graphics card. Despite the rather confusing name of the K2200, the previous generation card was also based on the same ‘Maxwell’ architecture as the new M2000, rather than the ‘Kepler’ architecture. Where the M2000 has taken performance to the next level is the number of cores and memory bandwidth this card provides. 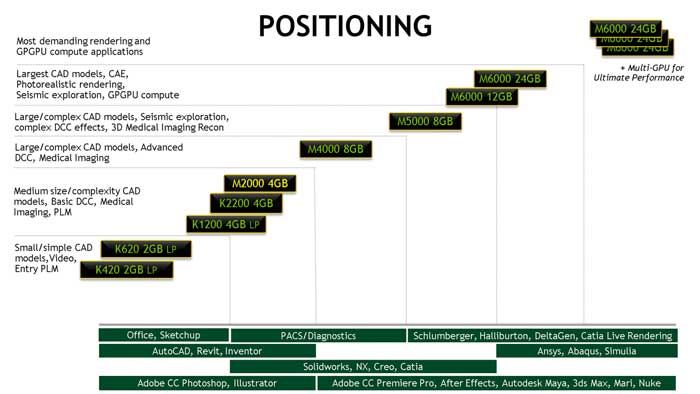 Notable Improvements In The M2000

Among the improvements in the M2000 is increased CUDA cores: this card has 768 against the 640 available in the K2200. Furthermore, the new introduction has a higher memory bandwidth of up to 106 GB/s. The K2200 maxed out at 80 GB/s. But what clearly sets the M2000 heads and shoulders above the K2200 is its 38 per cent increase in peak single precision performance.

This particular metric should prove to engineering application users in need of better 3D CAD performance, that the M2000 is now the graphics processing solution to go with. Furthermore, while the K2200 could only handle 2 4K monitors, the M2000 can support four 4K monitors.

In contrast to its predecessor, the M2000 offers improved energy efficiency. This is achieved through better instruction scheduling and improved data path organization. And for those memory intensive applications, the increased bandwidth should greatly improve performance.

In fact, efficiency of memory hogging applications should improve by more than the increased memory bandwidth would imply. This is because NVIDIA has significantly improved memory compression feature on this graphics card in order to lower memory demands and better performance.

For media and entertainment users, a dedicated H.264 and HEVC encode engine should result in better video processing performance. Previously, this function was tied to the 3D engine, which caused a lag during video encoding, editing, and transcoding. As a matter of fact, working on 3D models on the new chip will be starkly different from the way things were with the K2200 graphics card due to this factor.

Who Should Look Forward To The M2000?

In general, the NVIDIA Quadro M6000 24GB represents a capacity upgrade on the top-of-the-line 12GB M6000 GPU launched in 2015. Quite literally, the increased VRAM is the only hardware improvement to be made on the flagship M6000 12GB GPU. Every other feature, including CUDA Cores, microarchitecture, manufacturing process, boost clock speed, and other parameters remain exactly as they were.

But the memory upgrade will make a big difference. Users of 3D Digital Content/VFX, as well as simulation and scientific users should be more than happy with the improvement. One of the main gripes this group of users had with the 12GB M6000 was the low VRAM capacity. The increased memory capacity will also ensure that the GPU makes better use of the 8GB GDDR5 memory chip.

The implications are even greater when you consider the standard 4x GPU configuration. With the 12GB M6000 GPU, the on-board memory could only amount to 48GB, but now, this will increase to a much more formidable 96GB. This should also help address perennial Quadro on-board memory challenges, which were the only setback in otherwise powerful GPUs.

Aside from the hardware changes, the new 24GB M6000 GPU will feature a firmware upgrade that should also kick its capabilities up a notch. According to an official statement by NVIDIA, the new graphics processing card will handle temperature and clock speed a lot better than its predecessor did. The improvements on clock speed should improve the efficiency at which the relevant software will run.

On the other hand, better temperature management will help the GPU deliver an overall higher performance level since the temperature of the M2000 24GB will now stay away from levels that typically result in slower performance. Furthermore, the 24GB M6000, like the newly introduced M2000, will have the capacity to support four 4K monitors at 60Hz. All in all, doing complex and resource-intensive visualization tasks should be much easier and efficient on the new M6000 graphics chip.

Otherwise, the raw processing power that endeared the 12GB Quadro M6000 GPU to its discriminating users are still present in the new high-end graphics card. As the crème de la crème of professional graphics processing, the new M6000 GPU can render 16K x 16 K surfaces, ensuring that applications that require the greatest image processing capabilities deliver their all.

The M6000 24GB is meant for the high-end professional market. In fields where more memory has always been needed, the new GPU will find grateful users. For instance, Sony Pictures admitted that 24GB Quadro M6000 has helped push their visual rendering during the production of the ‘Angry Birds’ movie to limits the 12GB variant could not attain. Car designers and industrial concerns such as oil companies will also need the high-capacity graphics card for their complex designs and simulations.

NVIDIA continues to outdo itself and its competitors when it comes to creating new professional graphics processing solutions; as the Quadro M2000 and M6000 24GB prove. For instance, with the 24GB M6000, competitors will have to play catch up to meet its elevated blend of efficiency, performance and memory performance. AMD’s best professional graphics card, the FirePro W9100, has only 16GBs of on-board memory. The NVIDIA Quadro M2000 card also represents notable breakthroughs in performance, features, and power efficiency.

Adobe Photoshop is a feature-rich photo/image editing and creation application. This guide will help you configure a perfectly optimised Workstation for Adobe Photoshop in 2022. Photoshop 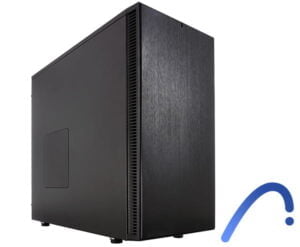 Archicad is a hugely popular, user-friendly and efficient BIM software package containing a vast collection of powerful tools. However, configuring a Workstation optimised to Archicad