Rendering is the process of generating an image from a pre-designed 3d model or scene. These 3d models or scenes can be designed from scratch using various 3d digital content computer software packages (or application as they are more commonly known). Typical examples of these programs are Autodesk 3D Studio Max, 3dsmax, Autodesk Maya, Softimage XSI, Maxon Cinema4D, Newtek Lightwave, Softimage XSI, Rhino 3D and many more. The applications scene 9usuallyu saved in a dedicated project folder structure) is basically a detailed description of three dimensional objects in a special language or data structure. This defined language contains specific geometry, viewpoint, texture and lighting information that references how the scene will look once full complete (or rendered). The final command in a 3d project is to render the output into a rendered image. The term Rendering may also be used to describe the process of calculating effects in a video editing file to produce final video output (such as in Adobe Premiere Pro or Adobe After Effects)

Rendering has uses in computer aided design, manufacturing, digital content creation, visual effects, film, TV & broadcast. Each market sector (or industry) requires a slightly different balance of features and techniques in order to produce the best output (for example, a High Definition Film Visual Effects would require a different level of detail and lighting effect, to that of a Cartoon Character or Animation). As a product, a wide variety of software renderer’s are available (For example: Splutter Fish Brazil, Autodesk’s Mental Ray, Next Limit Technology’s Maxwell Renderer, Chaos Group’s Vray and NVIDIA’s Gelato). Some are integrated into larger modelling and animation packages (like Mental Ray into Autodesk 3D Studio Max and Maya), and some are separate renderer’s or plug-ins that work with their respective modelling applications (like Brazil, Vray and Maxwell Render). On the inside a software renderer is a carefully engineered program, based on a selective mixture of disciplines related to: light physics, visual perception, mathematics and software development; proving the theory that different renderer’s are better for certain types of rendering.In the case of 3D graphics, rendering and pre-rendering is a slow process, as is real-time rendering. Rendering & Pre-rendering is a computationally intensive process that is typically used in movie creation and highly detailed animation or visualisation scenes. For these reasons slow rendering is the most common bottleneck in studio production environments.

Rendering Usage: When the pre-image or model data (usually wire frame that can manipulated in the viewport) is complete, rendering is used to create the graphical image or animation frame output. This rendering process turns the simple wire frame model into the detailed output by adding external reference files, bitmap textures, lights, bump mapping. The result is a completed image or frame that the designer can see. This rendered image would contain enough detail (realism) that would enable the artist to use it throughout a project.For movie animations and a 3D visual walk through (Architectural 3D Visual, Visual Effects, Games Animation etc) several images or frames can be rendered in series, then composited together in order to make a final movie/animation (like pages in a flick book). This composting stage is usually completed as part of the post production work.

Rendering Techniques: Many rendering algorithms are available and software rendering applications (Autodesk 3ds max, Maya, Softimage XSI, Cinema4D, Lightwave, Brazil, Mental Ray, Maxwell, Vray, Gelato) can employ a number of different techniques to produce the final image or scene. Tracing every ray of light in a scene is very impractical and takes very large amounts of time to render (making the design pipeline very inefficient). Even tracing a portion large enough to produce an image takes a large amount of time (if the sampling is not cleverly controlled). To make the rendering process more efficient four loose families of light transport techniques have materialized. These are rasterisation, scanline rendering, ray casting, radiosityand ray tracing. Each has its own advantage giving better quality and more realistic rendered outputs (dependent upon project use).

Ray tracing is by far the most realistic rendering technique as it utilizes the most advanced optical simulations available in order to obtain photo realistic results; however this comes at a price of speed. Ray trace rendering is by far the most realistic, but requires the most computing power and takes the longest amount of time.WS Render Nodes can help reduce rendering times when rendering large complex ray traced scenes/images.The most advanced software renderer’s combine two or more rendering techniques to achieve a fine balance between image quality and actual rendering time (like Splutter Fish’s Brazil, Chaos Group’s Vray and Next Generation Technologies Maxwell Render).

Scanline Rendering & Rasterisation: A high level version of an image essentially contains elements in a different area from pixels. Pixel by pixel rendering gives a very high quality image output (rendered image) but takes a considerable amount of time. If a pixel by pixel approach to rendering is impractical or too slow for your particular project then a more primitive approach can prove to be more useful. This is called rasterization.

Ray Casting: Ray casting is mainly used for real time simulations, such as those used in 3D computer games development and cartoon animations where detail is not important or where it is more efficient to manually fake the details in order to obtain better performance in the computational stage (quick render times). This is usually the case when a large number of frames need to be animated. The resulting surfaces have a characteristic ‘flat’ appearance when no additional tricks are used.

Radiosity: Radiosity is a method which attempts to reproduce the way in which reflected light, instead of just reflecting to another surface, also illuminates the area around it. This produces more realistic shading and better captures indoor scene environments. A typical example is of the way that shadows cling to the corners of a room or building. This is very popular in the 3D Architectural and Visualisation industry where 100% accurate representations of an interior or exterior design have to be achieved.

Ray tracing: Ray tracing is an extension of the same technique developed in scanline rendering and ray casting. Ray Tracing handles complicated objects. In final production rendering, ray tracing shoots multiple rays for each pixel (not just to the first object of intersection, but rather, through a number of sequential bounces). These bounces use pre-defined laws of optics that specifically deal with refraction and surface roughness.

Until recently raytracing was considered to slow for real time or animation sequences, but with recent computer hardware technology improvements from WS can allow photo-realistic ray trace rendering to be achieved in record time; removing the typical bottlenecks normally associated with older generation computer hardware

The art of editing images has become synonymous with the name “Photoshop”. Just like “Tupperware” has become to the plastic containers or “Popsicle” has to 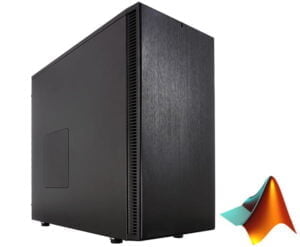 MATLAB by MathWorks is a highly advanced platform for performing complex data analysis and powering design processes. Leveraging the impressive capabilities of its programming language